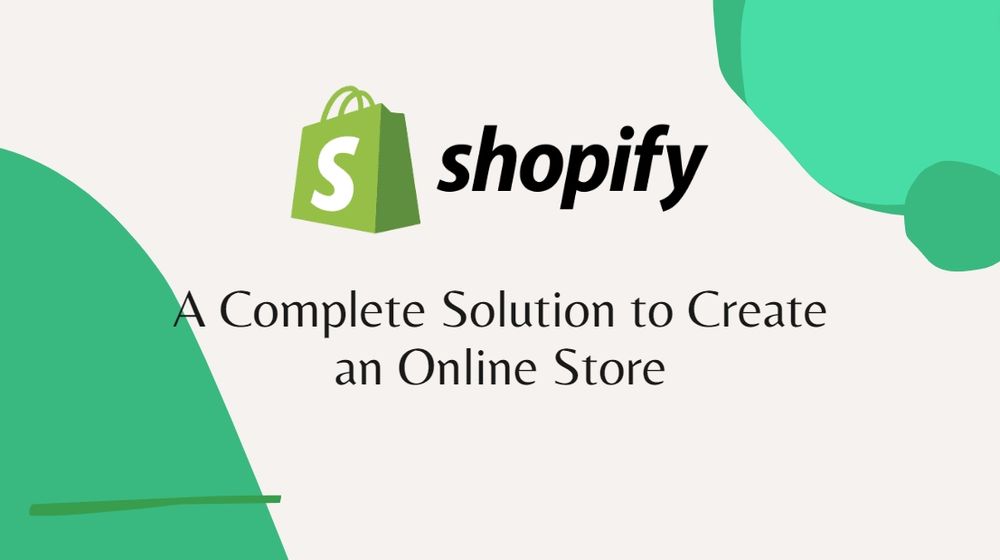 Shopify undoubtedly succeeds in the majority of areas. Whether it's a good fit for your online store, or whether you should consider alternatives?

I understand how difficult it may be to select the best eCommerce solution. I've compared shipping alternatives, payment processors, SEO performance, pricing, and many other factors.

Shopify undoubtedly succeeds in the majority of areas. However, if you're here, you're presumably thinking to yourself:

Is Shopify the best tool for you?

And our answer is: Perhaps...

With our in-depth Shopify evaluation, we'll determine whether it's a good fit for your project or whether you should consider alternatives such as WooCommerce, BigCommerce, or Wix.

Shopify has quickly become the most popular tool for many businesses. Shopify is the top ecommerce system, with over 800,000 online stores, global offices, $63 billion in sales, and over 3,000 employees.

How does Shopify work?

Shopify, in my opinion, is more than just a simple way to build and run your online store. It is targeted toward assisting business owners in critical aspects such as launching extra channels (e.g., Amazon, eBay, or Facebook), providing customer support tools (e.g., live chat), and handling technological issues.

The recent release of Shopify 2.0 also makes it much easier for store owners to make changes to page layout, owing to the user-friendly editor. Template modifications that used to necessitate code changes can now be accomplished with a few short clicks, such as moving or hiding sections of a page. Additional apps and functionalities can also be enabled much more easily, without requiring developers to interfere.

How much is Shopify?

Shopify enables beginners (and pros) to construct online stores without the need for code. There is no need for software installations or hosting services. Shopify offers monthly rates ranging from $29 to $299, with no additional transaction costs if you use Shopify Payments.

Can I use Shopify for free?

Shopify provides a 14-day free trial period for all of its plans. A Shopify website, however, does not look good in its free edition and is not recommended for enterprises that require a professional appearance.

Additionally, customers cannot check out during a free trial. In order to develop your own internet store, you must choose one of their three priced professional plans.

Below are prices for monthly subscriptions. You can save nearly 50% on annual plans.

Sell an unlimited number of products and gain access to services like abandoned cart recovery and gift cards. Unless you utilize Shopify Payments, Shopify will charge a 2% transaction fee.

Professional reporting and foreign pricing are among the additional ecommerce capabilities. Unless you use Shopify Payments, transaction fees are 1%.

Get advanced information and shipping rates that are determined automatically. Unless you use Shopify Payments, transaction fees are 0.5%.

The Lite plan includes an embeddable 'Buy Button' as well as a POS app (for in-person selling). It is available for roughly $9 per month. Shopify also has an enterprise subscription (Plus) for large web stores, but it's not inexpensive, starting at $2,000 per month.

To create a Shopify store, besides the price of a plan, you need some additional fees. One of them is the Shopify domain name. A domain name can be added through Shopify or any other registrar, but it will cost extra (beginning at $14 per year for a.com).

If at all possible, we advise using Shopify's built-in payment method to avoid paying extra fees. But at the moment, just a few nations, such as the United States, Puerto Rico, Canada, the United Kingdom, Ireland, Australia, New Zealand, Singapore, Germany, Italy, Spain, Sweden, and the Netherlands, offer it (among others). Please be aware that manual payment methods will not be subject to transaction fees (cash on delivery, bank transfer, etc.).

Why is Shopify worth the money?

While the Shopify subscription plans may appear to be a bit pricy, they do feature all the necessary functionalities for an eCommerce platform. They allow business owners to focus on the business rather than the intricacies of running an internet store.

Advanced features: Unlike typical eCommerce platforms, Shopify offers advanced functionality, such as selling things directly on Facebook and Amazon. This makes it an excellent alternative for newcomers entering a competitive market.

Apps: Shopify is completely geared for running an eCommerce website. As a result, they have over a thousand apps that assist website owners in including various features on their websites.

Overall, Shopify is significantly more economical and a better solution for newbie eCommerce owners when you consider the set-up and maintenance costs of alternative eCommerce platforms.

Should you choose Shopify to build up your online store?

It ultimately comes down to depend. If you are a business owner who wants to launch an online store and sell goods, Shopify is the simplest option for you.

With Shopify, even non-technical novices can quickly launch an eCommerce website and begin taking orders. Shopify maintains a reasonable level of simplicity by concentrating on the crucial element of eCommerce: product sales! However, this also implies that you hand Shopify complete authority over your website.

If it's not your top goal, and you merely want to use affiliate links to make money, there are other possibilities, such as WooCommerce or WordPress blog.